Marjane Satrapi was born in in Iran, on the edge of the Caspian Sea. She grew up in Tehran, where she studied at the Lycée Français, before leaving for Vienna and, later, Strasbourg to study Decorative Arts.

In 1997, Satrapi moved to Paris, where she met Christophe Blain, who brought her into l’Atelier des Vosges, home to many of France’s celebrated “new wave” of comic book artists. There, she regaled her fellow artists with amazing stories of her family—stories of dethroned emperors, suicidal uncles, state-sanctioned whippings, and heroes of the revolution—in short, the details of daily life in contemporary Iran. After listening to her stories and seeing her drawings, they kept asking why she was waiting to put her life in the pages of a comic book.

Persepolis tells the story of Marjane Satrapi’s youth in Iran in the 1970s and 80s, of living through the Islamic Revolution and the war with Iraq. It is a book about childhood, a childhood at once outrageous and ordinary—beset by the unthinkable, but buffered by an extraordinary and loving family. Persepolis was published in four volumes in France, where it met with enormous critical acclaim, garnered comparisons to Art Spiegelman’s Maus, and won several prestigious comic book awards (Prix Alph’art Coup de Coeur at Angoulême, Prix du Lion in Belgium, Prix Alph’art du meilleur scénario, and the Prix France Info). Persepolis has been translated into more than forty languages. The work is published as two volumes in the United States: Persepolis and Persepolis 2, it is also available in a single volume as The Complete Persepolis.  It was chosen by the Young Adult Library Association as one of its recommended titles for all students (the list is revised every 5 years and used by educators and librarians across the country), and also named as one of the “100 Best Books of the Decade” by The Times (London).  In 2020 the New York Public Library voted Persepolis one of the 125 most important books of the last 125 years. Marjane Satrapi’s other books include Embroideries and her latest adult book, Chicken with Plums (fall 2006).  Satrapi is also the author of several children’s books, including Monsters are Afraid of the Moon.

Marjane Satrapi lives in Paris, where her illustrations appear regularly in newspapers and magazines all around the world. The animated film adaptation of Persepolis (US release December 2007) has garnered huge international acclaim and won the Jury Prize at the Cannes Film Festival; in 2008 it was nominated for an Academy Award for Best Animated Feature Film and won two Cesar Awards (the French version of the Oscars) for Best First Film and Best Adaptation. In all, Persepolis received over 25 major international award nominations and received over 15 major international awards. In 2017 she was awarded the tenth annual Bita Prize for Persian Arts.

Marjane Satrapi’s live-action film Chicken with Plums (based on her book by the same name), made its premiere in the Mostra of Venice on 2011 before winning the award of Best Narrative Film at the Abu Dhabi Film Festival and Best Foreign Language Film from the São Paulo International Film Festival. Her film Gang of the Jotas was released in 2013, and in 2014 she directed the film The Voices starting Ryan Reynolds. Satrapi also directed Radioactive starring Rosamund Pike, an adaptation of Lauren Redniss’ graphic novel Radioactive: Marie & Pierre Curie: A Tale Of Love And Fallout. A favorite at film festivals in 2019, the movie is set for general release in early 2020.

Throughout the years, Marjane has continued painting in her free time and attention is growing about this side of her creative energy.  Her art work continues to be part of exhibitions, such as at the Grand Palais in Paris (October 2011).  In September 2012 Le Bon Marché invited Catherine Deneuve to help celebrate its 160th anniversary. The store windows featured three-dimensional versions of 10 illustrations by Marjane Satrapi showing Deneuve in humorous situations. Marjane Satrapi had her first painting exhibition in January 2013 at the Galerie Jerôme de Noirmont.

Monsters Are Afraid of the Moon

Persepolis: The Story of a Childhood 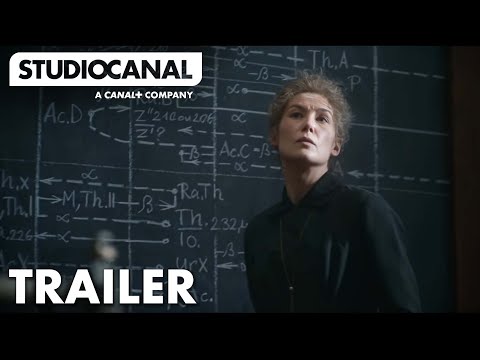 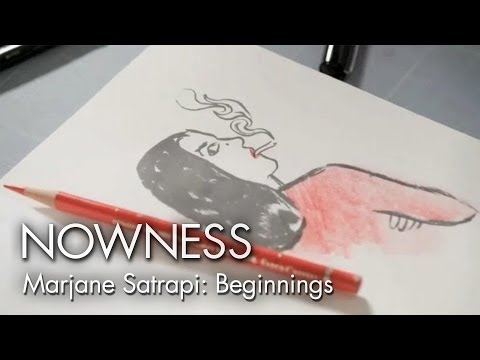 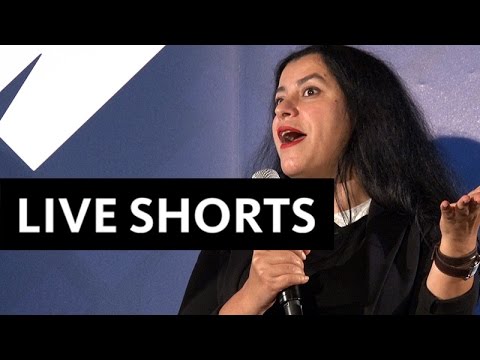 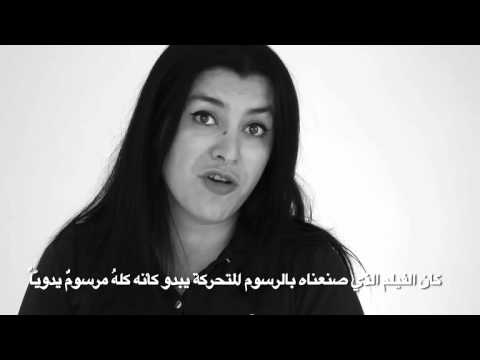 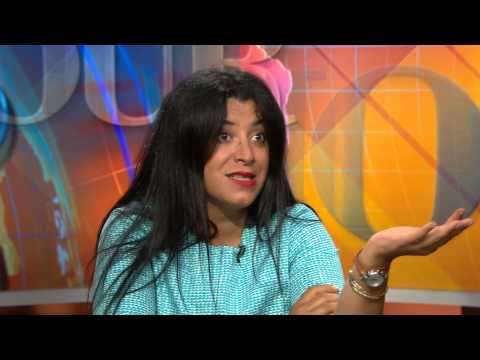